Picking Wilson or Head is a pretty tough choice. Both brands are leaders in the industry. The design of both, Wilson and Head tennis rackets, is pretty appealing, and also playing characteristics are at the highest possible level. The question if you like more Roger Federer, the synonym of Wilson or Novak Djokovic, the Head global ambassador, makes the choice even harder. Below you will find a little bit more information to help you in picking.

Check the full range of Wilson products at their store here.

Wilson is a conservative brand and the design respects it. However, I have to say that the current design with the black frame is stunning. I like the simple but modern look of Wilson rackets. I prefer the full black frame version of ProStaff, but rackets with a colored stripe on the racket frame (green, orange, or red) are beautiful too. It must be said that the different colors mean different products. Green is reserved for Blade rackets, Orange for Burn, Black for Pro Staff, Blue for Ultra, and Gray-Orange for new Clash.

Head is definitely the boldest tennis brand in terms of design. Their frames are known for striking colors that catch your eyes. From orange-blue Head Radical via blue Head Instinct to clear yellow of Head Extreme. Head rackets can be hardly overlooked. They are not very popular among conservative players used to grey and black racket frames and white only shirts and shorts, but the younger generation is all in for Head striking racket design.

Wilson is an undisputed leader among professional tennis players. It is the number one choice for both, ATP and WTA players. However, Head is at least trying to challenge Wilson’s position among men. Both brands have one global ambassador known not just to tennis fans. Roger Federer and Novak Djokovic are definitely tennis superstars and their marketing reach is well beyond the borders of the tennis world.

Wilson vs Head, my subjective pick is …

Do you like more Roger or Novak? The answer to this question will help you a lot in picking the racket of your choice. However, if I look at the features and playing characteristics of Wilson and Head rackets I have one strong favorite.

Wilson Clash would be my choice. I like the new “revolutionary” concept of Clash. The control, the power, the comfort. All I want from the racket is there. You can check my review of Wilson Clash here to find out why I am so thrilled about it. By the way, I like Novak Djokovic more than Roger, but Wilson Clash is just perfect for me.

All Wilson rackets can be bought at the Wilson Official Store

All Head rackets can be bought at Amazon here 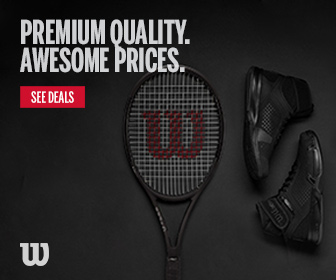